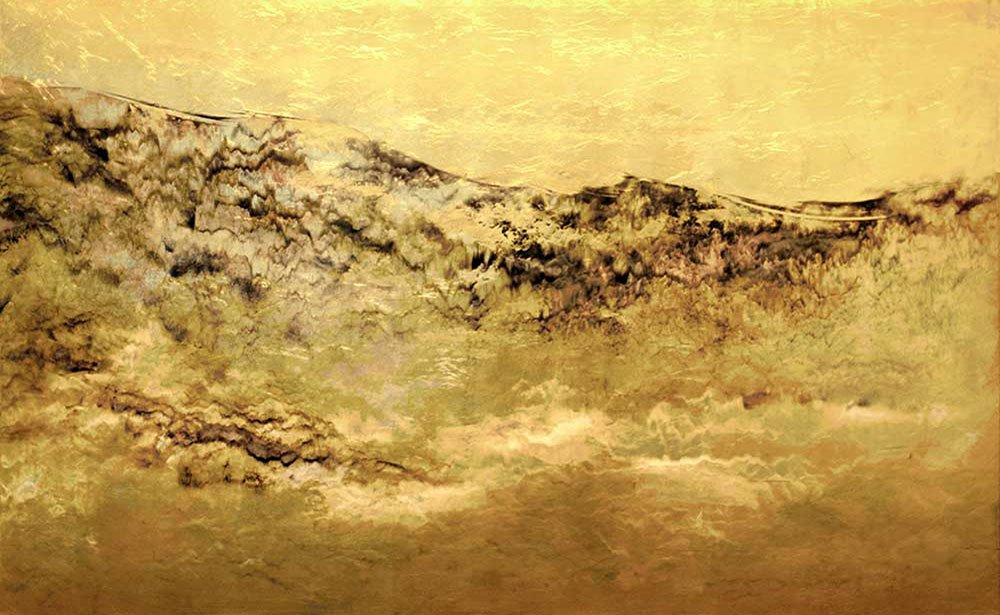 For Nancy Reyner, art is more than a profession, even more than a passion. For this accomplished painter, teacher, designer, and writer, it’s both a way of life and a way of looking at the world, of observing not just the physical matter that attracts our immediate attention but also, more importantly, what emerges from the more elusive spaces in between. “This is my mission as an artist,” she says, “to bring elements of our consciousness that are hidden in plain sight into the light, into the observable world.”

She fulfills this mission by creating luminous, otherworldly paintings that merge the literal and the metaphorical, hovering somewhere between pure abstraction and realistic landscape. The practice of meditation, she says, is essential in both her work and her life, and she uses it to help her give form and meaning to her painting. “It’s all about mind control,” she says. “Thoughts that arise during meditation can be like clouds, floating in nonphysical space, and this correlates with my desire to create a balance between forms and the negative space in between, an almost magical underlying force.”

Reyner’s process is both an additive and subtractive one in which she pours, splashes, and maneuvers the paint onto her work surface, then sands off as much as 80 percent of it until only fragments remain. “I remove enough so that the painted forms look like they’re dissolving into space,” she says. “This allows me to visualize, to watch the molecules move into place and become something that fascinates me. It’s at that point, when they’re coming together, that I can say, ‘Hey, that looks like a mountain. That there looks like a cloud.’ I alternate applying and removing paint multiple times until a new, unexpected image emerges. These multiple landscapes, painted one on top of the other, come together into a single painting and start to create a dialogue with each other.”

Reyner is aided in formulating this dialogue by the inherent qualities of the mediums themselves, which have their own behaviors and tendencies that influence how a painting is realized. She refers to this as the medium’s “voice,” a key component in executing her vision and bringing the viewer into the process. A master of her mediums, she coaxes unique behaviors out of standard acrylics and embellishes her canvases with gold and silver leaf and other elements to add a dimensional, almost sculptural quality to what is essentially a two-dimensional art form.

“I believe that paintings create an experience of space,” she says, noting that this concept is grounded in the human tendency to want to view everything as three-dimensional, just like our own world, in order to perceive something as real. “A painting is essentially an image on a flat surface. When a spatial quality is expressed, it meets our expectations, so there’s an element of fulfillment. But there’s also an element of the unexpected, which in itself can lead a viewer into an altered experience.

The Renaissance painters, she points out, understood this phenomenon, paying attention to perspective to give their paintings a sense of depth and dimensionality—a revolutionary idea at the time. In her own work, she uses this dimensionality to create a kind of journey, establishing a point of entry that ultimately leads the viewer on a leisurely excursion through the painting’s various components: light and shadow, density and hollowness, color and negative space.

“It’s how I know when a painting is finished,” she says. “I see the visual journey of gazing at a painting as a kind of canoe ride, where you can travel amid the negative spaces. I take a ‘ride’ through the painting as I work on it to see where travel might become blocked or monotonous at any point. You wouldn’t put a canoe into a manmade canal and expect an adventurous ride. Instead, you’d put it where nature creates the unexpected, where the course narrows and widens, speeds up and slows down. The viewing experience I try to create with my work encompasses that same kind of variety.”

Prolific and versatile, Reyner reveals this variety not only within each painting but also from one painting to the next, surprising and intriguing the viewer with unexpected shifts of color and shape along with a dreamy quality that renders the work thought-provoking but somehow vaguely familiar. Inspired by landscape but not bound by it, she uses nature as a guiding principle as she creates new worlds of exceptional depth and beauty.

She also engages the concept of reality versus non-reality, a result of her affinity for meditation, as a way of connecting with a world unseen. “Within our inner selves is a whole space, another world where we are connected with everybody and everything. I try to offer that experience.

“A painting needs to communicate to the viewer in three ways,” she continues. “The first way, of course, is through the artist’s idea or intent—a landscape, a portrait, whatever you want to create.”

Once that’s established, the second mode of communication—the choice of medium—becomes crucial. “If you’re not focused on it, it could lose its voice,” she says. “The painting becomes deficient when the medium doesn’t have its voice visibly in the work. Oil painters, for example, need to pre-plan because they’re putting something that’s more flexible, the paint, over something that’s more rigid, and it’s complex because you have to consider the ratio of oil to pigment to get it right. I love acrylics because I can be flexible—using lots of water or no water, thin layers of paint or thick. A lot of my paintings are about manipulating paint in unusual ways and using nontraditional tools and methods—I’ve used everything from credit cards to toothbrushes to just pouring the paint right out of the bottle, sometimes flinging or spraying it.”

The third key element in communicating with the viewer, she says, is the artist’s own inner spirit or personality. “While your intent or idea is your conscious concept, your inner spirit tends to have a more subconscious influence,” she explains. “The painting will be deficient if you don’t allow your inner self to come through, so you need to pay attention to that.”

By integrating these three ways of communicating, Reyner succeeds in creating works that are at once subtle and powerful, abstract yet recognizable. One’s perceptions of them changes with the time of day, the viewing angle, even one’s own mood; the canvases can appear to shift from dreamscape to relief map to a vaguely idealized vision of a world in constant but gentle motion. While not a literal reflection of our physical surroundings, they are a faithful portrayal Reyner’s perception of those surroundings, combining visual observation with fragments of memory, emotions in flux, and an understanding of the unity of all that is seen and unseen. 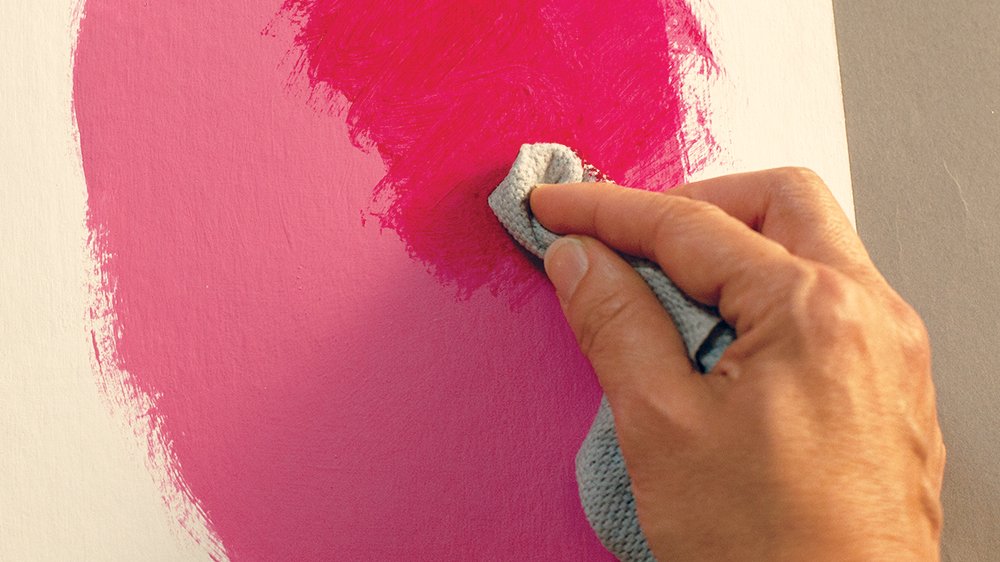 Learn everything you need from your first brushstroke to the finished painting. Acquire techniques and ground breaking concepts to shape your artistic vision.